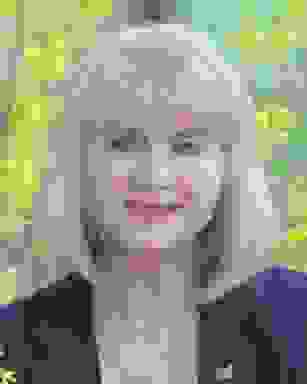 I was born to a 1956, Hungarian Revolution Freedom Fighter father, and when I was two years old, I escaped with my parents from the clutches of Soviet Oppression to the shores of America, where I was to die as a Hungarian before I was reincarnated into an American Citizen.

What Would You be Willing to Sacrifice to Live in Freedom? Would it Be Worth the Price?

About the Author and her Family's True Story

Judith BOGNAR Bean was born in Budapest, Hungary. Her father, JOZSEF F. BOGNAR, was a Freedom Fighter during the 1956 Hungarian Revolution. Judith, a  strong advocate against the horrors of Socialism and Communism, is often asked to speak as a guest on radio shows and podcasts about the subject of Patriotism, and the Atrocities and Heartbreak of Communism and Socialism.   Per Judith, "Now, more than ever, "BITTERSWEET FREEDOM - What Would You Be Willing to Sacrifice to Live in Freedom? Would it Be Worth The Price?" is mandatory reading due to the radical leftists who wish to transform America into a SOCIALIST/COMMUNIST state. Those twisted ideologies only defile, degrade and disintegrate a country and her people. We must teach our children about the failed doctrines of Socialism and Communism, and about how millions of people have died and suffered under those regimes. We must learn from the political-ideological mistakes of the past to keep us from bringing back those terrifying ideologies in the future!"

The seven-decade saga of her family's trials and tribulations - from her parents childhood during the Nazi occupation of Hungary, as well as the horrors and atrocities endured by the Hungarian people during Hitler's reign of terror, to the day when the Peril of staying in their beloved Hungary was greater than the Peril of escaping from the Soviet Tyranny engulfing their land. But even in America, there were enemies lurking in the mist: Ethnic persecution, community dissent, and financial ruin.


BITTERSWEET FREEDOM tells a story echoing the headlines of today about immigration, survival against the worst of odds, of a great love born out of the ruins of a nation, and how with faith, hope and love, anything is possible.


BITTERSWEET FREEDOM's sweeping allegory peels back seven-decades of the lives of the author's family: from the shores of Europe to the shores of America, telling the mesmerizing tale of young, star-crossed lovers caught up in the turbulence of World War II and the 1956 Hungarian Revolution.


BITTERSWEET FREEDOM is a magnificent story that is both a memoir and biography embedded with accurate historical accounts, entwined about the many atrocities suffered by her parents (as children) during World War II in Hungary, as well as the unimaginable horrors inflicted upon the Hungarian people during the 1956 Revolution.


It tells of the author's father, Jozsef, a 1956 Hungarian Freedom Fighter,a man caught up in surreal events beyond his control as he assumes the position of one of the major leaders of that revolt, rallying and urging his raggedly armed fellow countrymen onward as they fight in the bloody streets of Budapest against Soviet Oppression, taking Evil Lives to save Valiant lives.


Thousands of poorly armed Freedom Fighters give their brave lives for Freedom's Sake as they push doggedly on against their superiorly armed oppressors to extinguish the Tyranny of Soviet rule from their beloved country of Hungary.


Written as a "story," not using traditional memoir format, has composed a shocking true account of her family's harrowing escape (the author was age two), from Soviet forces as they take flight at a moment's notice to free themselves from the perils of tortuous persecution during the bleak, mournful days of the 1956 Hungarian Revolution, seeking a small, narrow bridge shrouded in the mists of a swampy marshland, whose rickety planks will lead the family into a vast void called "Freedom" - The Bridge at Andau, Austria.


The author's family was only one in the thousands of Hungarian Immigrant families who would rather have died in their quest for liberty than to live bound in the Iron Chains of Soviet Domination.


Her account is a true story of Immigrants seeking acceptance and refuge in America - A story echoing the headlines of today about immigration, survival, strong family ties, love and sentiment.


However, even in America - the family faces countless formidable enemies - Ethnic persecution, destitution, and communal conflict.


In later years the components of the family change and they find themselves battling a strange new force that has entwined its tentacles about the walls of the family's heart but is their love powerful enough to carry them through the turbulent tides ebbing away at the foundation of their lives. Is their love strong enough, to sustain them through the new Bittersweet journey ahead? Only the torrents of time would tell if they would succeed or fail as a family in America.


In the shadow of today's turbulent world events of Immigration, cultural inequity, national rebellion, family discourse, and the omnipresent, magnificent power of Love Everlasting, this True Telling of BITTERSWEET FREEDOM takes the reader on a captivating, inspirational, page-turning ride of unexpected twists and turns culminating in a breath-holding conclusion.

See How Carpathian Valley Book Publishing can Publish Your Story!

Your support and contributions will enable us to meet our goals and improve conditions. Your generous donation will fund our mission

Are You An Author wanting to promote your Literary Work? We can help!